After undergoing all surgeries specially rhinoplasty, you must follow all the detailed instructions during the recovery process to achieve your desirable look.

Post-operative care is an important stage after a surgery. If you follow all the instructions given by your medical team, the probable pain, complications, and swelling will fade away quickly as time passes. It's important to note that for achieving your favorable outcome, you need to implement all the guidelines recommended by your doctor and care for yourself after undergoing all kinds of surgeries, especially rhinoplasty.

Considering the complexity of this procedure, it's better to have rhinoplasty in Iran because Iranian specialists can clarify the steps you need to take, give you useful tips, and fulfill your expectations. Additionally, rhinoplasty cost in Iran is so low. Thus, you can save a considerable amount of money while traveling to this beautiful country.

After your surgery, you must ask an adult to stay with you the first night. You have to plan on remaining within thirty miles from the location of your operation for the first night, and the rest is undoubtedly necessary.

You must sleep with your head elevated with at least two pillows or in a recliner in the first week after surgery. It is better not to sleep on the side of your face. It's OK to sleep with the back of your head on the pillow. You can use an airline type pillow for comfort.

Take the prescribed medications before you begin to feel discomfort. It is easier to avoid pain than control it.

Limit your activities on the day of operation and several days afterward. It is not unusual to need 10 to 14 days before you can have your regular physical activity.

If you suddenly stand or sit up from a lying position, you might feel dizzy. If you are lying down following the operation, make sure you sit for a while before standing. Then, stand up slowly to provide time to steady yourself. If you feel dizzy while you sit or stand, you have to lie back down immediately to decrease the possibility of fainting.

Sometimes, nasal packing is placed into the nostrils, mainly if your operation is carried out to relieve a nasal breathing obstruction. This packing is eradicated a few days after surgery. The doctor usually sees you within a few days for the removal of packing.

A small silicone splint is placed on your nose after the rhinoplasty. This splint helps to maintain the position of the newly sculpted nasal bones and protects the freshly operated nose. This splint is eradicated after the first week. Do not let it separate or get wet.

After general anesthesia, clear liquids should be drunk initially. Over the next several days, a high protein and high-calorie intake are essential. Nutrition should be taken regularly. You should avoid dehydration by drinking fluids daily. Keeping well hydrated also prevents vomiting and nausea. Try not to skip a single meal. You will feel better, have more strength, heal faster, and feel less discomfort if you continue to eat. A decrease in activity might promote constipation, so you may want to add rawer fruits to your diet and ensure to increase your fluid intake. Prevent straining when going to the restroom. Getting a laxative or a stool softener might be beneficial.

The First Week After Surgery:

Ice: During the day and evening of the operation, cold compresses are used continuously over the nose and eyes to decrease swelling and control bruising. It is better to use the ice packs for the first 2 to 3 days as much as possible. The best way to do this is to crush up the ice and use a zip lock bag. The ice pack, which is wrapped in a thin towel, should be placed over the nose and the eyes.

Puffiness: Swelling or puffiness of the eyelids is usually most pronounced on the second morning after any facial plastic surgery. It commonly regresses quickly in the next few days.

Bruising: Discoloration and bruising around the eyes are extremely variable. However, the majority of candidates do experience minimal black and blue. Careful adherence to the suggested pre-operative medication instructions is imperative. A few candidates, despite taking all precautions, might develop marked bruising in the eyelids. The end of the first week usually resolves even this bruising.

Nasal Stuffiness: Invariably, there is some nasal stuffiness during the first week after surgery. The external edema (swelling) is internally reflected, but the mild blockage will enhance steadily. The application, twice a day, of a small amount of prescription ointment just inside the nostrils, acts to lubricate the surgically sutured area and avoid crusting.

Any crusting that forms can be removed gently. However, it is essential to prevent extensive manipulation in this area. Remember, DO NOT USE NOSE DROPS and DO NOT BLOW THE NOSE.

Nasal Discharge: For the first few days after the operation, you might expect a small amount of pink-colored water nasal discharge. Commonly, a facial tissue touched to the nostrils is all that is needed. Continuous persistent show of bright red blood must be reported to your doctor.

Pain: Discomfort after rhinoplasty is usually limited to the first two or three days following the surgery. Severe pain is rarely a consequence of facial plastic surgery. Some tablets will be prescribed that should be used the first day after the operation and then regularly.

Nasal Appearance: During the first week, you might notice that the nasal tip is elevated slightly. It is a constant, temporary factor after all rhinoplasties. The position of the nasal tip at this time has a small relationship with the final result. The tip will drop slowly to its new position after several days or weeks. The nasal splint will be eradicated at the end of the first week.

Exercise: Exercise must be restricted during the first week. While relaxed ambulation about the home and dining, local shopping, or visiting is encouraged: any pulling, lifting or straining must be prevented, as it might cause bleeding.

Prevent Blood Thinners: Do not use Aspirin until the first week is finished. As it refers to the blood thinner sheet, Alcohol is a potent blood vessel dilator and, in the post-surgery condition, can promote swelling of the operated area and even bleedings. It is best to prevent Alcohol intake for at least one week after the operation.

Stitches: They will be removed at 7 to 10 days after surgery. After stitches have been eradicated, the scar will appear in a deep pink color. With the passage of time, the pink color will become white, the firmness of the scar will soften, and they will get less noticeable. Each candidate varies when it comes to healing, but it takes one year approximately for these changes to happen in most scars. Six weeks after the surgery, gentle massage with vitamin E, Mederma, or cocoa butter might promote a softer, less conspicuous scar. Incisions could be covered with makeup ten days after surgery.

Numbness: Your nose will be numb after surgery. It is usual and will subside over the coming weeks to months. Uncommon sensations, pins and needles, and occasionally mild discomfort might happen as these nerves regenerate over time.

After The First Week:

Nasal Appearance: When the nasal splint is removed, you will have the chance to see your new nose. Although It will appear quite swollen, mostly, even in this swollen condition, the enhancement can be appreciated. Admittedly, it isn't a time for critical evaluation. Over the next few weeks, changes progress toward the final result daily.

In most candidates, the appearance at six to eight weeks is the final shape approximately. Many parameters determine how quickly, or slowly, the nose assumes the final appearance. The most influential factor is skin type. Oily and thick skin is certain to retain edema and swelling longer than a thin and dry one. Candidates vary in healing potential.

Activity: During the second week following the surgery, the nose must not be bumped by anything. Although the bones are firmly healing in place, even a slight blow can lead to movement. Prevent any situation where a potential for nasal trauma exists.

Prevent any adrenaline-rush activities such as sexual intercourse for ten days after the operation. These kinds of activities can lead to inflammation in the nose and sometimes bleeding. Furthermore, it's possible to hurt the nose during sex when you are not fully in control of your action.

Sun Exposure: It is wise not to sunbathe for about 60 days. A sunburn will lead to swell and delay the final result.

Wearing Glasses: You must not wear glasses for about one month. If glasses must be worn, you can tape the central bridge of the glasses to the forehead to decrease pressure as much as possible on the nasal bones.

The nasal skin is somewhat insensitive after rhinoplasty. This can be noticed by touching the skin, which may seem slightly – numb. Full sensation usually returns in three months' time; the tip regains full sensation lastly. The advice concerning sun exposure also applies to the winter cold. Both the sun and the winter cold are natural enemies to the skin and prolong the common post-up course.

Skin: A natural reaction of all kinds of nasal skin to this surgery is a pronounced increasing nasal oiliness. Even skin that is usually dry will require to be wiped with an astringent on a cotton pad once or twice daily for two weeks or more.

Most discoloration is resolved in 7-10 days. However, though unusual, this might persist longer as pigmentation beneath the eyes. Occasionally, olive-skinned patients might retain this pigment for several months.

Family and friends: Whether you are thinking or have decided to undergo a plastic operation, be prepared to hear judgments and all manner of stories from friends and relatives. If you ask others' opinions about your surgery, most individuals won't be supportive. It is an unfortunate fact of human nature. Many will have some tale of difficulty to tell you. After the operation, almost everyone will forget their negative ex

Enhancement, not Perfection: Observe, in yourself and in those around you, that the two sides of the human body are not the same. An anesthetic operation can never make them the same exactly. The purpose and goal of facial cosmetic surgery is an enhancement, not perfection.

Antibiotics: If you have to consume antibiotics, take the tablets or liquid as directed. Ensure you finish the antibiotic even if you feel like you are ultimately better and do not require it. Stop antibiotic use in the event of a rash or other unfavorable reaction, and inform the doctor of the reaction. Sometimes taking antibiotics with yogurt can help avoid diarrhea. In case you take birth control pills, birth control might become ineffective; use backs up form of birth control.

Don't drive an automobile or work around machinery until you are no longer taking any narcotic pain medications. Prevent alcoholic beverages as they will improve the effectiveness of the narcotic. It is a dangerous combination. Pain or discomfort after surgery should begin to subside after the first two to three days. If pain persists, it might require attention, and you should call your doctor.

In general, since people hold particular expectations regarding the operation they intend to undergo, they will undoubtedly have different complications and must follow distinctive instructions to achieve their desired goals. If they care for themselves in the best way, they will have a short recovery and healing process.

Also Check Out Why Iran Is The Best Choice for Rhinoplasty? 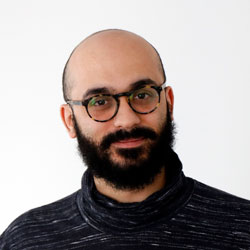