All You Need To Know About Grey Hair!

White and gray hairs may start to grow at any age and can be caused by a variety of factors.

The human body has millions of hair follicles or small sacs lining the skin. They generate hair and color or pigment cells that contain melanin. As we grow older, hair follicles lose pigment cells, and our hair color gradually changes to white. However, white hair sometimes appears earlier than expected. Unfortunately, even teenagers and individuals in their 20s might notice strands of white hair, which can be so annoying.

In the following, we will elaborate on some significant causes of prematurely white hair, such as vitamin deficiencies and smoking. Several efficient methods that can help slow the graying process or prevent it will also be clarified.

A. Causes of white hair

Before thinking of an effective solution for slowing or preventing the premature hair graying, you should identify the leading causes. Some of the most common ones are mentioned below:

It's important to note that any lack of vitamin (vitamin E, vitamin D, B-6, B-12, or biotin) can contribute to premature graying.

One 2015 report in the journal Development indicates various deficiency researches on vitamin D-3, copper, vitamin B-12, and their effects on graying hair. They show that nutritional deficiencies can influence pigmentation. Fortunately, in most cases, the color returns with vitamin supplementation.

Similarly, a 2016 research reported in the International Journal of Trichology studied factors relevant to premature graying in young Indians under 25. Scientists discovered low levels of serum ferritin (responsible for storing iron in the body), HDL-C, and vitamin B-12 were usual in participants with premature hair graying.

According to a 2013 report published in the Indian Journal of Dermatology, Venereology and Leprology, premature hair graying is largely linked to genetics.

Race and ethnicity play big roles as well. While premature graying in white people can begin at the age of 20, it's not the same for the other races. For instance, in African-American populations, premature hair graying typically begins at the age of 30.

Although graying mostly happens because of genetic, oxidative stress in the body might play a part when this process occurs prematurely.

Oxidative stress leads to imbalance when antioxidants are not enough to counteract the harmful effects of free radicals. Free radicals are unstable molecules that destroy cells, contributing to disease and aging.

Too much of oxidative stress can increase the development of illnesses, such as a skin-pigment condition called Vitiligo. Vitiligo might also turn the hair white due to melanin cell death or the loss of cell function.

Researchers have carried out studies to get more information in this regard. One of them that was published in 2008 depicted a connection between hair abnormalities and thyroid dysfunction. Many scientists believe that hormonal changes caused by a thyroid problem like hyperthyroidism or hypothyroidism might also lead to premature white hair. The thyroid, a butterfly-shaped gland located at the base of our neck, controls many crucial functions such as metabolism. In addition to it, the health of our thyroid can have an impact on the color of our hair. Also, a hyperactive or hypoactive thyroid causes our body to produce less melanin.

People believe that stress leads to hair graying prematurely. However, studies have not conclusively proved this.

There are conflicting researches on real-life stress, such as that caused by injury, resulting in premature graying.

A study at New York University, reported in Nature Medicine, shows that the cells responsible for hair color can be depleted when the body is under stress. 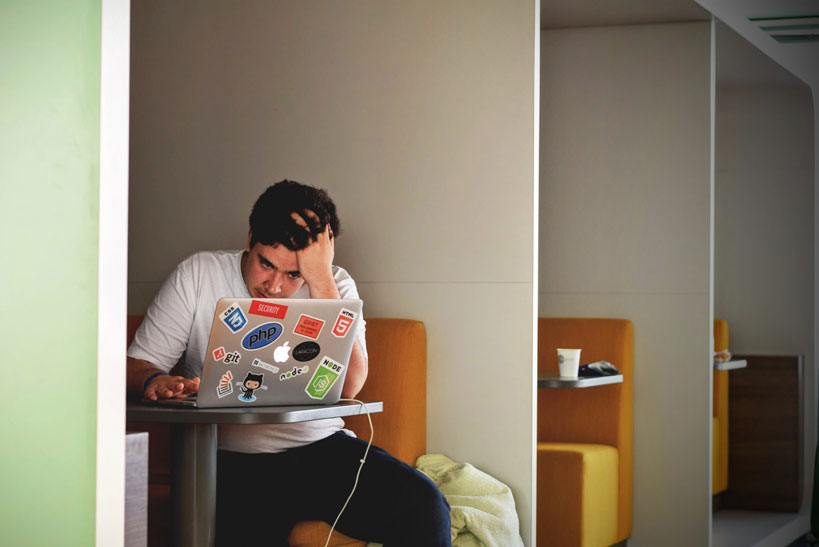 Other studies depict that while stress might play a role, it is only a small part of a bigger picture where disease and other parameters contribute.

It is also believed that there is a link between premature white hair and smoking. Smoking cigarettes dramatically increases the risk of lung cancer and heart disease. Its long-term effects, however, go beyond such diseases and will reveal itself in hair as well. Smoking can constrict blood vessels, which can reduce blood flow to hair follicles. Indeed, toxins in cigarettes cause hair loss and early white hair.

Some of the studies show that:

- In research with 107 participants, a connection was discovered between the beginning of gray hair before the age of 30 and smoking.

- Another study in 2013, reported in the Italian Dermatology Online Journal, revealed that smokers are 2.5 times more likely to start graying before age 30 as non-smokers. Moreover, a 2015 study published in the Journal of the American Academy of Dermatology depicted that smoking is related to premature white hair in young men.

Hair products and artificial hair dyes, even shampoos, can affect premature hair graying since most of them contain harmful components that destroy melanin.

Many hair dyes contain Hydrogen peroxide, which is a harmful chemical. Excessive use of such products will eventually cause hair to turn white. 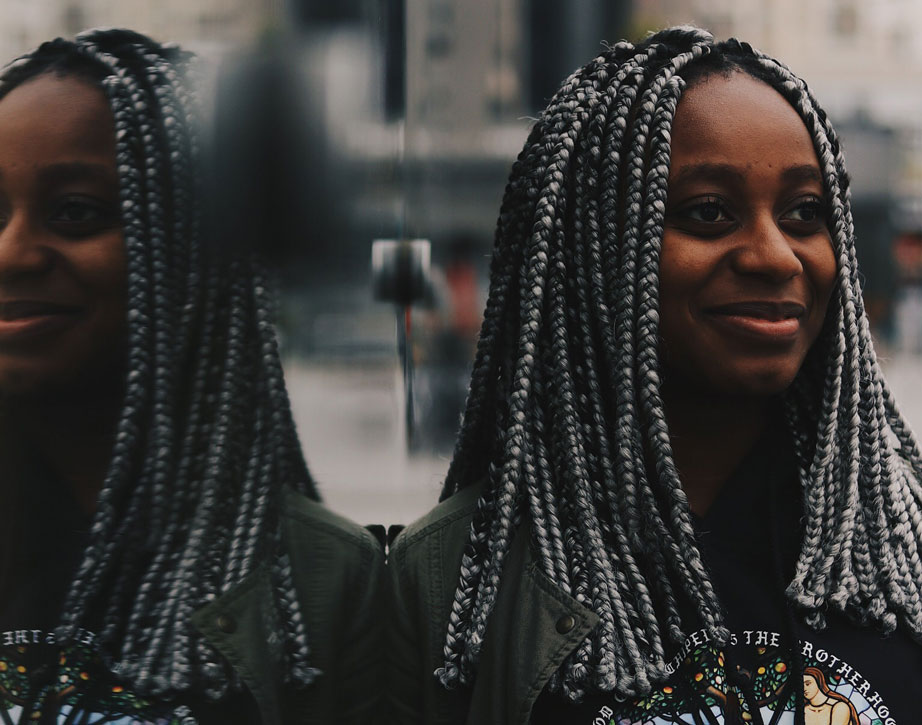 Unfortunately, nothing can prevent or reverse the process, if genetics or aging is the cause. On the other hand, treating graying hair could allow color pigmentation to return if the loss is due to a medical condition.

When vitamin deficiencies and diet are the primary reasons for prematurely white hair, correcting these might reverse the issues or stop it from worsening.

Consuming a diet with lots of antioxidant-rich foods, including vegetables and fruits, can help to prevent hair from graying.

Vitamin supplements that are available in the market are also beneficial for correcting deficiencies.

As previously mentioned, smoking has harmful effects on the body and contributes to white hair. Researchers have also proved the link between the habit and loss of hair pigmentation. 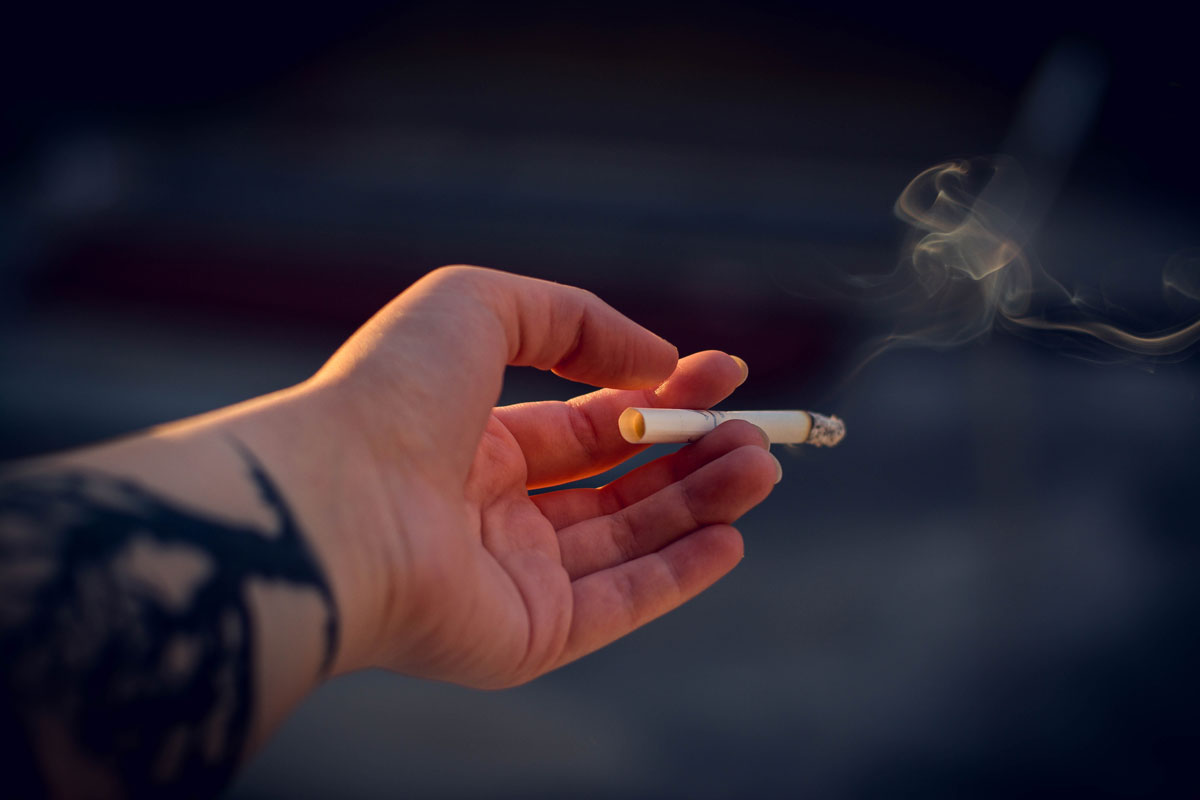 Although there are plenty of hair dyes in the market to cover the white hair, most of them contribute to premature graying and might cause allergic and adverse reactions. Natural remedies are an alternative to slow down hair-whitening without damaging the body or causing further hair pigment harm. Some of them are explained below:

Bhringaraj: Based on some studies, the false daisy (Bhringaraj) will darken hair and retain it from becoming white early. The juice of the leaves is boiled in sesame oil or coconut oil and massaged into the hair. Bhringaraj leaves are also available in oil form.

Indian Gooseberry (Amla): This is a herbal supplement that can reverse premature graying via promoting pigmentation. It is highly effective since it is rich in anti-aging and antioxidants properties.

It is available in Indian grocery stores as a fruit. It can also be found available online or in a traditional health food stores as a powder or supplement. The powder should be combined with coconut oil and applied to the scalp directly.

Black Tea: Black tea is typically used to make hair darker, softer, and shinier. Before consumption, you should steep 3to5 tea bags in 2 cups of boiling water. Then, they should be cooled and finally added to wet, clean hair. Tea can also be combined with conditioner, left in the hair for 1 hour, and then washed. 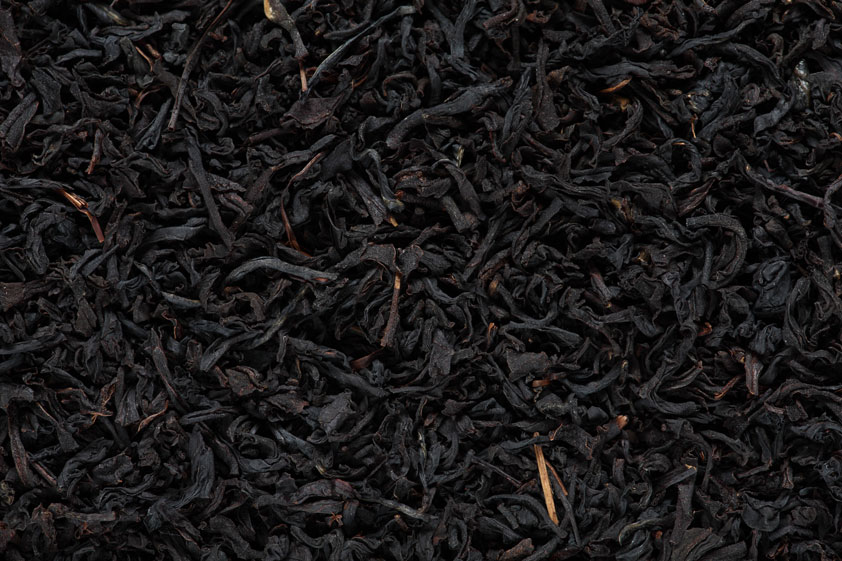 Ridge Gourd: The ridge gourd is known for stimulating the roots of the hair and restoring hair pigment. Regular massaging of ridge gourd oil can avoid hair from turning white.

In general, it is believed that with the right diagnosis and effective treatments, white hair progression can be slowed down, stopped, and even reversed in some cases. A well-balanced diet and proper hair care are so beneficial in this regard. Using natural remedies on a regular basis might slow down and possibly reverse white hair as well. However, you should know it is irreversible in some situations in some situations depending on the cause. But then the truth is everyone's hair will eventually start to turn white at some age, So chill out and relax!